For each EP round, EQAPOL provides all of the reagents to run each assay including: PBMCs selected based on their cytokine production following stimulation, stimulation plates containing lyophilized peptides and staining plates containing lyophilized antibodies and all other necessary instrument set-up and staining reagents. Sites are required to run the assay using the EQAPOL-provided kit and protocol. Currently, the EQA program assess proficiency using an 8-color Intracellular Cytokine Staining (ICS) assay that measures IFN-γ, IL-2, TNF-α and CD107α.

Sites are required to run the EQAPOL-provided flow cytometry assay and report both site-analyzed data and raw FCS files. Statistical assessment, troubleshooting, final report and discussion of results occur between participating laboratories and EQAPOL/NIAID. For each EP, sites are provided with a site-specific report. Participating laboratories are blinded with a unique EQAPOL site ID, and each laboratory is unblinded with respect to only their data sets. 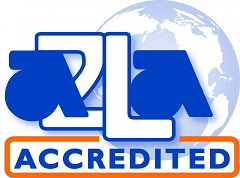