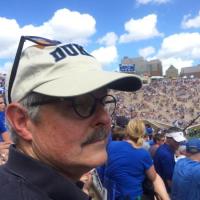 Garnett Kelsoe is the director of the B Cell lab.

The laboratory of Garnett Kelsoe studies the molecular- and population genetics of B lymphocytes during their development from hematopoietic precursors and following their activation by antigen. Dr. Kelsoe is a member of the Duke Autoimmunity Center of Excellence, the Collaboration for AIDS Vaccine Discovery, and is a member of the CHAVI-ID Scientific Leadership Group. In addition, the laboratory is closely allied with Duke’s Center for the Study of Aging and Human Development, the Comprehensive Cancer Center, and the Center for AIDS Research. The laboratory staff, Dongmei Liao, Xiaoe Liang, Wenli Zhang, Xiaoyan Nie, Hanqin Peng, and Margaret Barker, provide outstanding research capacity and administrative expertise. Kelsoe and his collaborators have long been interested in the development, differentiation, and antigen-receptor repertoire of B lymphocytes and have made significant observations on V(D)J recombination, development of the primary antibody repertoire, immune regulation by antigen-receptor interaction, germinal centers as sites of somatic evolution, the origins of autoimmunity, and mechanisms of central B-cell tolerance. The Kelsoe laboratory first has demonstrated the origins and dynamics of germinal center B- and T-cell populations, the germinal center as the primary site for B-cell hypermutation and affinity-driven selection, the migration of antigen-specific CD4 T cells between germinal centers, the relationship between memory B cells and long-lived plasmacytes, and patterns of AID expression during B-cell development and differentiation. The recent discovery that “dark antigen” drives proliferation, survival, and selection of germinal center B cells that have no detectable affinity for the immunogen indicates that our models to explain affinity maturation are significantly incomplete. 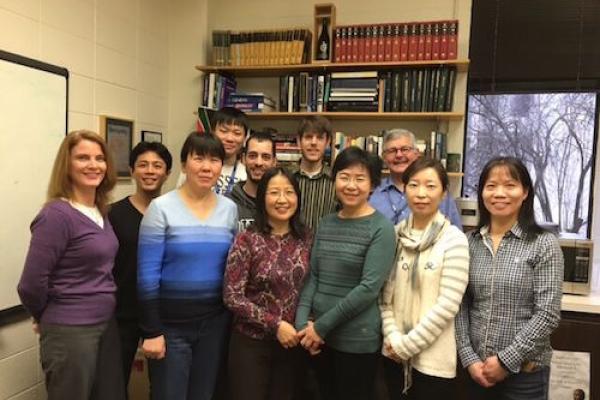 The focus of this research is to understand the regulation of B-cell development, immune tolerance, and the diversification of B-lymphocyte repertoire during humoral responses against immunizations and viral infections. Dr. Kuraoka has recently developed high throughput, mouse and human single B-cell culture approach that comprise expansion of single B cells and characterization (binding and genetic information) of clonal antibodies produced by the progeny of single B cells. This approach has characterized B-cell repertoires (naïve and germinal center B cells) in response to two complex antigens, anthrax protective antigen and Influenza hemagglutinin. The research showed that affinity maturation of B cells was accompanied by the accumulation of Ig point mutations and increased clonal diversity. Preferred VH gene segments abundant in antigen-binding, naïve and early GC B cells were generally replaced by rarer, high affinity clones, which is in contrast to the purifying selection in hapten GC responses. 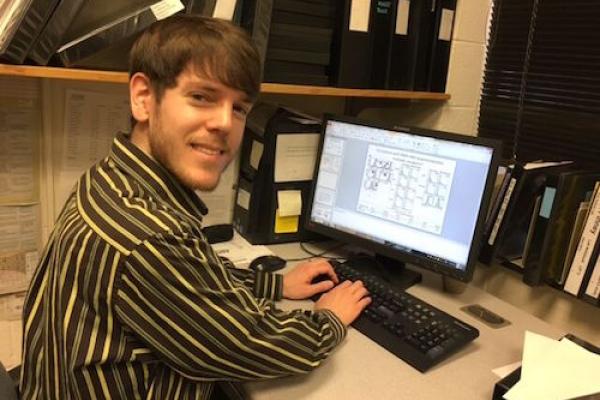 This work is carried out in association with other members of the DHVI (L. Verkoczy, L. Liao, M.A. Moody, S.M. Alam and B.F. Haynes). Our studies test the hypothesis that certain broadly neutralizing antibodies (BnAb) to HIV-1 are purged from the mouse and human B-cell pools during development because of their cross-reactivity to self-antigens. To this end, we have demonstrated the loss of potential BnAb precursors at well-known tolerance check-points in transgenic and normal mice. We have identified candidate self-antigens that cross-react with HIV-1 epitopes and have determined their relative contributions to negative selection of B-cells bearing BnAbs or BnAb-like receptors. We have also developed a novel culture system that supports B-cell development and maturation in the absence of the tolerizing influence of bone marrow. These cultures allow the creation of chimeric mice that produce high levels of IgM and IgG autoantibody and respond significantly better to MPER peptide antigens than controls. 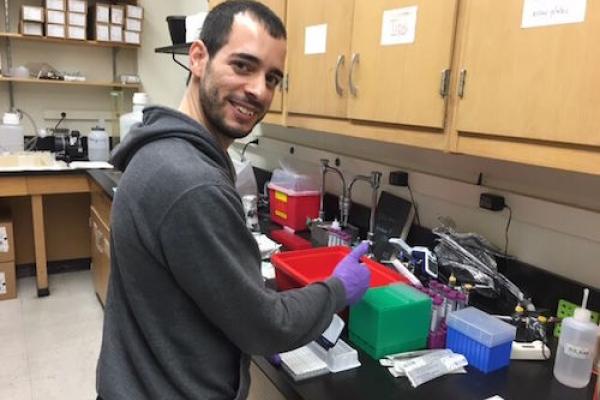 Natural IgM is constitutively present in the serum, where it aids in the early control of viral and bacterial expansions, and also plays a significant role in the prevention of autoimmune disease. Nevertheless, the origins of natural IgM long remained undefined. We have identified a discrete population of CD5- IgM plasmablasts and plasma cells in the BM that produces the majority of serum IgM in resting mice. These IgM antibody-secreting cells (ASC) originate from fetal-lineage, peritoneal cavity-resident cells that are neither B1a nor B1b. Furthermore, we have found that this IgM ASC compartment contains a substantial fraction of long-lived plasma cells that do not occupy the IgG plasma cell survival niche in the BM, but are instead supported by IL-5. Our ongoing work focuses on the developmental origins of natural IgM plasma cells, as well as mechanisms of their long-term maintenance in the BM.

Our research is aimed to understand better the regulation of B lymphocyte development, and especially repertoire diversification and immune tolerance. Recently we demonstrated that the Aicda gene (activation-induced cytidine deaminase) is expressed in developmentally immature mouse and human B cells and found that the Aicda gene product, the AID mutator, plays a significant role in establishing self-tolerance in both mice and humans. Remarkably, Aicda expression in developmentally immature B cells is synergistically elevated by co-activation through B-cell antigen receptors (BCR) and endocytic toll-like receptors (TLR) that recognize damage associated molecular patterns (DAMP). This synergy requires adaptor protein, MyD88, and cellular processes, such as the activation of phospholipase-D and the intracellular acidification. These observations identify a novel pathway for central B-cell tolerance that may play an important role in autoimmune disease and responses to certain microbial pathogens, including HIV-1. 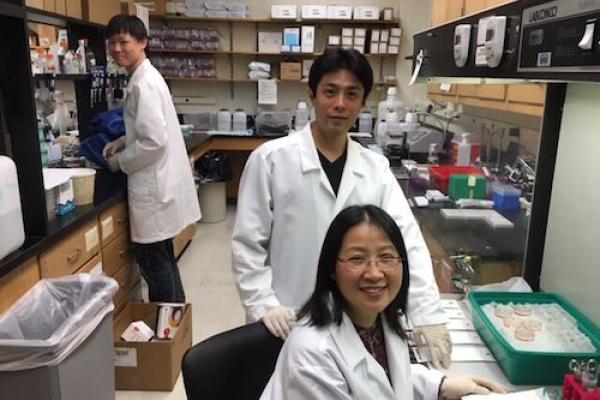 This work is carried out in collaboration with another member of the DHVI (Thomas B. Kepler). During their development and maturation in the bone marrow, B cells that recognize self-antigens are removed by physiologic tolerance mechanisms. Two of these, deletion by apoptosis and inactivation by anergy act at the level of cells, whereas the third tolerance pathway, receptor editing, is thought to induce genetic changes in autoreactive receptors. Determining, however, whether receptor editing is inductive or selective is not simple and the answer profoundly affects our understanding of how immunological tolerance operates. This research group has used novel molecular and mathematical approaches to distinguish inductive vs. selective tolerization of B cells. The results of these studies support models of tolerizing selection and are inconsistent with inductive models.

These studies are carried out in collaboration with another member of the DHVI (B.F. Haynes), Department of Medicine (E.W. St. Clair) and Immune Tolerance Network (F. Karnell). Host mimicry by microbial pathogens exploits immunological “holes” generated as a consequence of physiologic tolerance and enables them to escape the immune system. When tolerance acts on self-reactivity, it also removes or inactivates repertoires that cross-react with foreign antigens. Specificities provided by these cross-reactive B cells potentially offer protection against host-mimicking pathogens (e.g., HIV-1). This research group developed an efficient single human B-cell culture method and multiplexed antigen-binding assays to determine the specificity of thousands of clonal IgGs and examined the extent of tolerization manifest among human B cells that recognize both self-antigens and foreign antigens. In healthy individuals, half of the self-reactive B cells cross-react with a panel of foreign antigens and substantial fraction of foreign specificities is lost by peripheral tolerance. In lupus patients who show defective peripheral tolerance, frequencies of the cross-reactive B cells are unchanged between the B-cell stages and mature B cells show distinct reactivity to foreign antigens. Activating forbidden B cells may be a good strategy for protection against host-mimicking pathogens if we can control tolerance.

These studies are carried out in collaboration with other members of the DHVI (Barton F. Haynes and Laurent Verkoczy). The goal of an effective HIV-1 vaccine is to reliably induce broadly neutralizing antibodies (bnAbs) that efficiently neutralize multiple HIV-1 strains. Up to 50% of HIV-1 infected patients develop bnAbs but only after several years of infection. In contrast, no vaccine has been able to elicit clinically relevant bnAb responses in animals or humans. A variety of immune evasion mechanisms have been proposed to explain the obstacles to generating HIV-1 bnAbs, including viral molecular mimicry of host in order to exploit immunological tolerance. Compared to non-neutralizing antibodies isolated from chronically infected patients, HIV-1 bnAbs are significantly more poly- and autoreactive, qualities that are normally suppressed by central and peripheral tolerance mechanisms. VTIM exploits established and novel mechanisms to reduce transiently the physiological limits normally imposed on bnAb production to enhance the potential and efficacy of HIV-1 vaccines.

This work is carried out in collaboration with other members of the DHVI (Thomas B. Kepler, Stephen C. Harrison). Germinal center (GC) B cells evolve towards increased affinity by a Darwinian process studied intensively in genetically restricted, hapten-specific responses. While experimentally tractable, genetically restricted responses are atypical as antibodies to complex antigens represent genetically diverse, polyclonal humoral responses driven by various epitopes arrayed across the antigen. Through high-throughput single B-cell screening method, this laboratory explore the population dynamics of genetically diverse GC responses to two complex antigens – protective antigen of Bacillus anthracis and influenza hemagglutinin – in which B cells compete both intra- and interclonally for distinct epitopes. Preferred VH rearrangements among antigen-binding, naïve B cells were similarly abundant in early GCs but, unlike restricted responses to haptens, clonal diversity increased in GC B cells as early “winners” were replaced by rarer, high affinity clones. Despite affinity maturation, half of GC B cells did not detectably bind immunogen but exhibited genetic selection comparable to antigen-binding cells, as determined by VH usage, mutations, and clonal expansion. In GCs elicited by rPA or rHA, interclonal BCR avidities can differ 100-fold and intraclonal avidity by as much as 40-fold, suggesting that intraclonal selection in GCs is permissive for a wide range of BCR affinities and that lower affinity/less fit GC B cells may remain viable in GCs for substantially longer periods than generally thought. 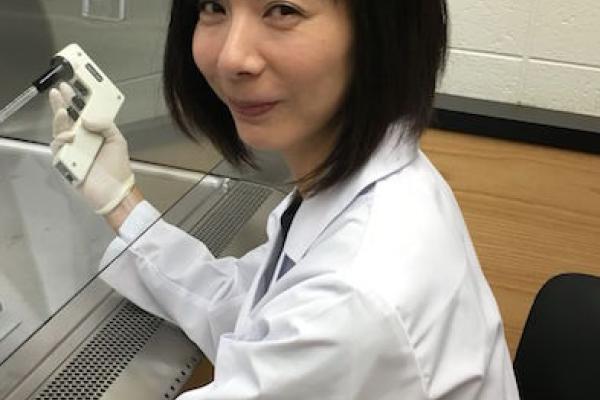 This work is carried out in collaboration with other members of the DHVI (Thomas B. Kepler, Stephen C. Harrison) and Harvard Medical School (Frederick W. Alt). Clonal competition and affinity maturation of B cells take place in GCs and these biological processes are essential to generate high affinity antibodies that can provide protection from infectious agents, such as influenza and HIV-1. Through cycles of experiments, modeling, and validation, this study seeks to develop a mathematical model for somatic hypermutation, clonal selection and affinity maturation in the germinal centers (GCs). Experimental data obtained through the use of 1) wildtype mice as well as mice engineered to express restricted B-cell antigen receptors, 2) high-throughput single B-cell cloning, and 3) structural information for selected clonally related antibodies would be used to develop a model and validate the model developed. This laboratory characterize B-cell repertoire in GCs and memory compartment isolated from human and mouse vaccine studies through a novel high-throughput B-cell culture system that allows the isolation of heavy and light chain pairs from individual B cells as well as measurement of the avidity of the antibody encoded by these genes. 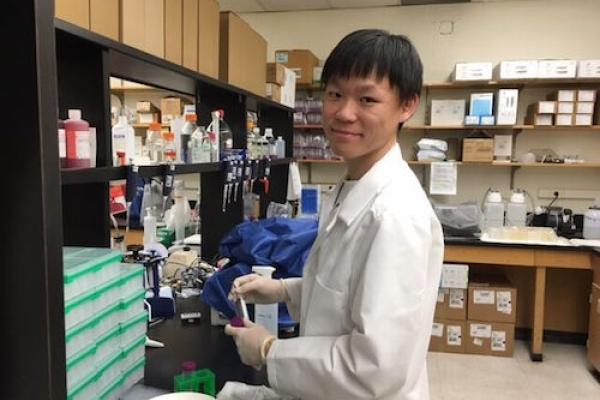 Generation of high-affinity and class-switched antibody requires the germinal center (GC) reaction after infection or immunization. Within the B-cell follicles of secondary lymphoid organs, the GC represents a sophisticated collaboration between antigen-specific B cells, follicular dendritic cells, T follicular helper (TFH) cells and T follicular regulatory (TFR) cells. Despite intensive interest in the development and effector function of TFH and TFREG cells, little is known regarding the selection of T-cell receptor (TCR) repertoire during polyclonal GC reactions. In order to evaluate native, polyclonal TCR responses elicited by a complex antigen, we developed a sorting strategy to isolate TFH/TFREG cell populations that were activated and expanded after immunization. Analysis of the antigen-specific TCR repertoire of TFH/TFREG cells provides important insights into the factors influencing T-cell recruitment and clonal expansion following infection or vaccination, especially when linked to contemporary analysis of the GC B-cell repertoire. These findings may inform rational and selective control strategy of the GC reaction. Vaccine development can accordingly focus on modulating TFH/TFREG responses to facilitate optimal adaptive immune responses.