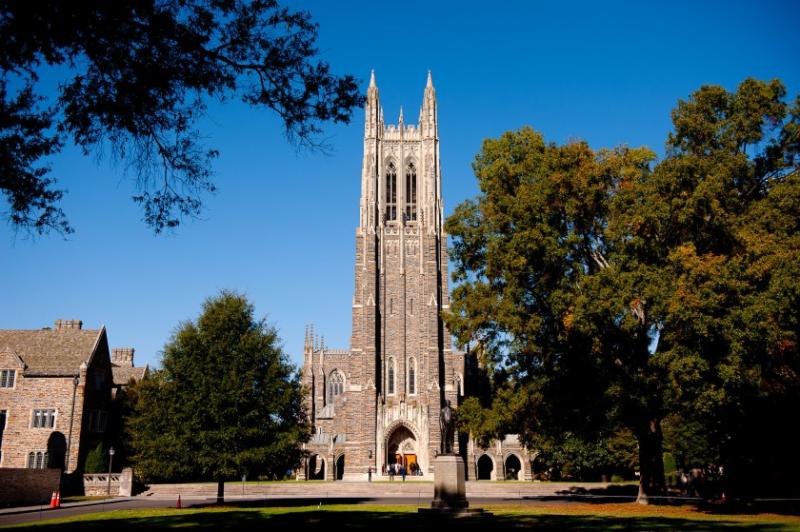 Duke University is sometimes referred to as a pretty good knock-off of fancier schools farther north. But while those ivy-clad universities with smart students, prestigious medical schools and big endowments stayed closed this fall, Duke invited its freshmen, sophomores, some upperclassmen and all of its graduate students to its Durham, N.C., campus for largely in-person classes.

Now, it’s schooling those sniffier schools on how to reopen safely.

Starting Aug. 2 and continuing up to this week, when the Duke campus made a pre-planned reversion to online classes for the remainder of the semester, the university implemented a rigorous testing, tracking and surveillance program for more than 10,000 students. And it has carried out, on a grand scale, an innovative scheme — called pooled testing — that can stretch limited testing resources without forfeiting accuracy or resolution.

For Duke’s returning students, the result has been a relatively safe and almost normal return to learning, at a time when other colleges and universities either shuttered their campuses or ignited community outbreaks as they reopened with scant measures in place to detect or isolate infected students.

At Duke, students lived together on-campus and off, mingled in dorms and attended classes and labs. There were football games (Duke athletes were tested and monitored in a separate program). Fraternities and sororities continued to operate. And on a few occasions, students partied like it was 1999.

When there were outbreaks, they were nipped in the bud. The surrounding community of Raleigh-Durham, N.C., was protected from 17 infected students — nine of them entirely free of symptoms — who arrived in their midst from far-flung homes. And extensive contact tracing found that class attendance was not linked to even a single case of coronavirus transmission.

“Duke has done an exceptional job compared to other institutions, and has been very quiet about it,” said Christopher Marsicano, director of the College Crisis Initiative at Davidson College, in Davidson, N.C. “It’s one of the few institutions in what we call the Ivy Plus that decided to have in-person classes. It deserves credit for stepping up and being an innovator here, and keeping its cases down.”

As the United States enters a new and deadly phase of the pandemic, colleges and universities are caught up in whirlwind. Even as they approach decisions about whether and how to reopen for spring semester, many are responding to the pandemic’s new spike by closing campuses and sending students home earlier than anticipated.

Just as students turned many college towns into coronavirus hot spots in the fall, there is concern that students sent home without being tested first will accelerate outbreaks as they’re summarily sent home to their families.

If the nation’s universities want to learn what Duke did right, they can turn to a detailed report published this week by the Centers for Disease Control and Prevention.

The university developed and fielded a smartphone app that monitored students for symptoms and communicated their test schedules and results. It organized teams of contact tracers and trackers who got infected students into quarantine, found exposed students and instructed them to self-isolate, investigated worrisome clusters, and identified certain students for extra monitoring and testing.

There was “the Duke Compact,” a pandemic version of an honor code entered into by every student who came to campus. Students promised to wear a mask when in public, wash hands frequently and socially distance, of course. They also agreed to avoid large gatherings, to self-isolate for the prescribed period of time if instructed, to get a flu shot, and to allow the use of some personal data for purposes of finding and testing potentially exposed contacts.

“We are, more than ever before, individually and collectively responsible for the health and safety of our fellow students, faculty, staff, families and neighbors,” the compact read.

Testing was a crucial element of the school’s success. Duke established 15 on-campus test sites and a central laboratory based in its medical school’s Human Vaccine Institute. It implemented the pooled testing program, which relayed highly accurate results in 18 to 30 hours. By pooling samples, Duke’s program extended the reach of its testing effort without sacrificing speed or accuracy.

By mid-September, Duke’s lab was working three shifts a day and processing 11,390 samples a week. Students who didn’t feel well had their samples tested immediately and got their results in less than a day. But with or without symptoms, every Duke student who was living on campus was being tested at least twice a week.

Off-campus students were tested once or twice weekly. And graduate students averaged one test a week.

The pooling scheme was first devised to test U.S. soldiers for syphilis during World War II, when the numbers of servicemen deployed to Europe and exposed to the sexually transmitted disease threatened to overwhelm available labs.

At Duke, lab technicians first consolidated a portion of five students’ specimens into a single sample and tested it. If the pooled sample came up negative, all five students were pronounced well — on the strength of a single test.

In the rare cases where a trace of coronavirus was found, lab technicians immediately returned to the five students’ specimens and tested each individually to find out which of the five belonged to an infected donor. In populations in which infections remain rare, pooling can help economize on tests and reagents and stretch limited supplies further. But keeping some backup specimen from each student on ice also sped the process of follow-up testing. Students didn’t need to be called back to provide another sample.

For most, the fall semester was healthy, though not exactly normal. Dorm living did not include roommates. Meals were delivered to students in their dorms.

Between Aug. 2 and Oct. 11, 68,913 specimens from 10,265 students were tested. In that period, just 84 students were found to have a coronavirus infection. Slightly more than half of them — 43 students — were identified before any COVID-19 symptoms developed.

Had those asymptomatic students been left to mix freely with other students, college employees and community members, they would almost certainly have seeded outbreaks: Further testing revealed that “a good number” of asymptomatic students had very viral high loads, a measure that is widely viewed as a good stand-in for infectiousness, said Thomas Denny, a Duke vaccinologist and a key architect of the school’s program.

There’s no reason a program like the one at Duke couldn’t be exported to other universities, said Denny, the lead author of the report, which appeared in the CDC’s Morbidity and Mortality Weekly Report.

“I think a lot of other places could do it,” he said. “They just have to make a commitment and mobilize their faculty to use some innovative approaches.”

Depending on their resources and the capabilities of the labs they partner with, colleges and universities could take a wide range of approaches to surveillance testing. But he said Duke’s experience, in which more than half of all positive tests came from asymptomatic students, makes clear that holding off on testing until a student is visibly ill is not good enough.

College administrators “just have to make the commitment that they think it’s important” for students and professors to be together on campus, said Denny. “A lot of programs have talent and innovative ideas. It’s leadership that makes this happen.”

It’s faith, too, in the real-world applications of the models and experiments that are the lifeblood of higher learning, said Peter Frazier of Cornell University.

A data scientist and professor of operations research, Frazier helped design a program that allowed students to return to the Ivy League campus in Ithaca, N.Y., by keeping a tight lid on infections with comprehensive testing and tracking.

Over the summer, Cornell administrators began to recognize that students would come back whether the university opened or not, and that abandoning them and the community of Ithaca was not an option, Frazier said. So the school turned to faculty experts, “and we developed mathematical models that helped us to predict it would work,” he said.

Those models fleshed out the contours of an effective pooled testing program, and showed that Cornell’s veterinary labs — which were skilled in the testing of herds of dairy cows — could carry it out.

“There was a lot of uncertainty, and that was just fundamental,” said Frazier. “But we did this because we thought it would work. At the end of the day, you have to have some courage.”