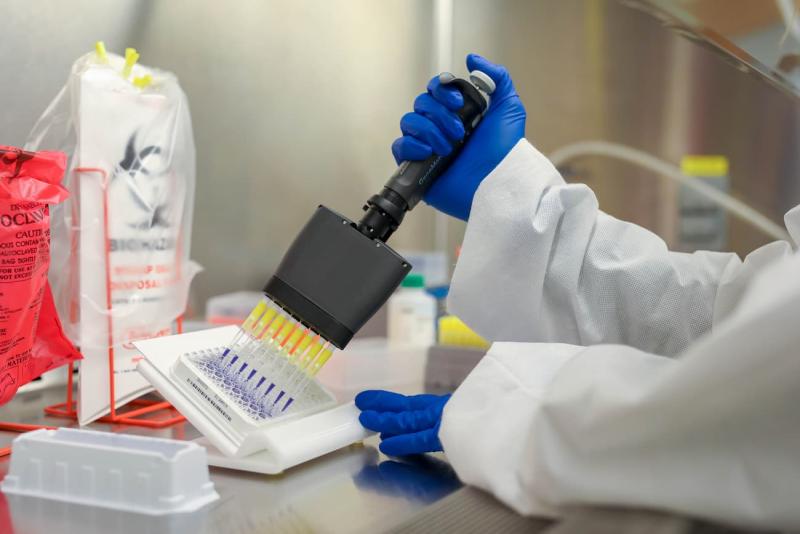 DURHAM, N.C. – The Duke Human Vaccine Institute (DHVI) will remain at the lead of the nation’s effort to develop an HIV vaccine, receiving a third, seven-year grant from the National Institute of Allergy and Infectious Diseases totaling at least $129 million.

The National Institute of Allergy and Infectious Diseases (NIAID), which is part of the National Institutes of Health, has awarded all three major grants. Under the terms of the current grant, NIAID could award the initiative an additional $18 million, for a total of $147 million.

“We have been fortunate over the past 14 years to have the resources to learn what roadblocks HIV presents, and to map a path that might lead to a successful vaccine.,” said Barton Haynes, M.D., principal investigator of the CHAVD initiative and director of DHVI.

“We are grateful to receive this new grant to now work toward manufacturing potential vaccines and testing them in animal studies and in carefully designed and monitored clinical trials with human participants,” Haynes said.

The Duke CHAVD effort, similar to its predecessor missions, will be a collaborative enterprise that draws on the expertise of leading HIV researchers across the country and in Europe. Members of the consortia will focus on specific projects that, when added together, will contribute to the development of a rationally designed vaccine that can guide the immune system to make protective antibody immune responses.

In addition to leading the research program, DHVI will also be the site for vaccine production at its manufacturing facility, which is the only such facility at an academic medical center dedicated to HIV vaccine production.

“Our goal is to figure out what combination of immunogens are most effective and should be included in a vaccine,” Haynes said.

Today, daily medication called antiretroviral therapy can suppress HIV to undetectable levels in the blood and prevent sexual transmission of the virus. In addition, HIV acquisition can be prevented through pre-exposure prophylaxis, or PrEP; post-exposure prophylaxis, or PEP; and voluntary adult medical male circumcision. Despite these forms of HIV prevention, an estimated 1.8 million people a year acquire the virus, so the quest for an HIV vaccine remains urgent. Infection rates are projected to remain high, creating human and economic burdens.

Haynes said the quest for an HIV vaccine remains urgent, with approximately 38 million people worldwide infected with the virus that causes AIDS. Despite anti-retroviral drugs and their use prior to infection, an estimated 1.8 million people a year become newly infected. Infection rates are projected to remain high, creating human and economic burdens.

Since the original NIAID-funded HIV vaccine development consortium grant to Duke in 2005, researchers in the field have made significant advancements. These include learning how the host immune system responds during acute HIV infection and describing the early events in HIV infection; finding new targets for antibody neutralization; and tracing the evolution of neutralizing antibodies, which are considered the key to a protective vaccine.

“The road to an effective HIV vaccine has been long and arduous because the virus is an extremely difficult pathogen to protect against,” Haynes said. “We are optimistic that the path we are on will have a high likelihood of resulting in a vaccine that can protect against multiple HIV types.”